The Times of  India is here

Exam : seminar on historiography and the First War

It seems that your exam is on the 18th of January.

This article in French will help you revise:
https://www.histoire-politique.fr/index.php?numero=22&rub=dossier&item=212

Popular Song around the World in the First World War

I am off to Washington DC to present my historical research, on a couple of posters. You may have a sneak preview here :

I hope you are enjoying the holiday season. I have begun marking, but this will take a very long time.
Here is my suggested translation for the passage which was on your end of semester classroom test. There are other ways that the passage can be translated of course, but I am sure you would learn something if you studied my translation.


German nationality is not open to just anybody who wants it, nor is British, French, American or Danish. You need to fulfil a number of conditions to become a national of these countries, such as proving a certain period of residency or showing you have enough money to live on. But you also have to pass a compulsory test.

So British
People who are requesting British citizenship have to reply to a questionnaire containing 24 questions, and they have 45 minutes to complete it. It is a test of knowledge of British culture, history and laws. If you want to pass, we advise you to revise the past papers carefully. The questions and topics covered will be varied, ranging from the words of the national anthem to knowing about famous British people, whether they be writers, singers or politicians. But there are also questions about laws and other elements of the history and politics of the country. We are told that on average one third of people taking the test fail it, so it is not as easy as one might think. It seems that it is generally easier for people who come from the European Union, since they are closer to British culture.

If some of you didn't see it, here is the passage: 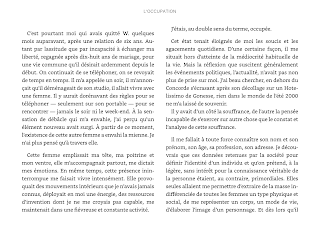 I will put up my suggested   translation here at the end of December, but the marking of the individual scripts will not be ready until 15th January.

Text commentary:
The text is below. If you want to do it at home in exam conditions, send it to me before the 10th January. Shortly after that I will post here a series of general comments, and return scripts to individuals with other comments.


Write a text commentary in English on the following extract. Be sure to analyze how the document works, and its context and effectiveness in the history of 1970s Britain, making links with previous and subsequent developments.

Britain faces its most dangerous crisis since the war. The Labour Party makes no attempt to disguise this. On the contrary, at the time of the February election, we took the British people into our confidence and shared the realities of our daunting problems. We inherited a three-day week, unlit streets, unheated homes and work-places. And worst of all, a wounded national economy, made all the more serious by the socially divisive policies of the previous Conservative Government, with its deliberate confrontation with the organised working people of our country. The Conservatives created a society in which people who made money were more honoured than men and women who earned their wages.

This crisis for our country was all the more desperate because it was set in the context of a continuing world upheaval. Most of the world is still staggering from the enormous increases in the price of oil - the most important basic commodity in modern industrial and agricultural society.
We come with confidence before the public to ask for a strong mandate for the policies drawn from 'Labour's Programme for Britain' set out in our February manifesto, some of which have been spelled out in greater detail in White Papers published by the Government. No Government can get Britain moving by itself. A democratic Government must reflect the views of the people. And the people who vote for the Government must give their share of endeavour and concern - as well as their votes. But a Government can only ask these efforts from the men and women of this country if they can confidently see a vision of a fair and just society. Why should a coal miner dig extra coal for a few pounds more while he has seen property speculators grow wealthy looking at empty office blocks? A strong new Labour Government, with the agreement and co-operation of the British people, can make constructive, but not painless progress towards building a fair society.
This election is inevitable since no clear majority emerged in February. Despite its minority position the Labour Government have made a good start. Now we ask for the return of a Labour Government, with a working majority, so that we can continue to tackle the great problems facing Britain. We have to come to the men and women of our country and ask for their mandate for industrial and social reconstruction. We need national support for a steady will for a new society. In fact we are asking your help to carry through policies which will work for international peace and co-operation and at the same time create at home effective measures of economic and social reconstruction.
It is only with a sense of unity that we shall win through. But we cannot expect this from a Conservative Government - nor from any Conservative-Liberal coalition. The Tory Party is, by its own statements, deeply divided about what policies to put before the electorate. Neither the Tories nor a Conservative-Liberal coalition can bring a united and decisive programme of solution to contemporary problems.

Why can't we accept the idea of a coalition to meet the nation's crisis? Because what our country needs in this crisis is a government with a clear-cut understanding of the nation's problems and the ability to decide quickly and effectively how to deal with them. A coalition government, by its very nature, tends to trim its policies and fudge its decisions, and in present circumstances that just won't do. If we believe, as we must, in our own independent political philosophies, there is no meeting point between us and those with quite different philosophies, and it would be a cruel farce to suggest that the future of the country would be helped by shuffling, compromising administration.
We want to be frank with you. The regeneration of our economy isn't going to be easy, even with a Labour Government. The next two or three years are going to be difficult for us all. There will be no easy times and no easy pickings for anyone.

We put forward in this manifesto a list of improvements we want to make in society. We put them forward in good faith; but many of them cost money, and we understand perfectly well - and we believe you will, too - that the timing of them will depend on how quickly and how completely we get on top of the economic problems.
But Labour doesn't go along with the prophets of doom and gloom. We have great confidence in the British people. If you give us your full backing over the difficult two or three years ahead we shall weather the storm and get back on the right course.

Promises and Priorities
The Labour Government has kept the promises made at the election in February. From the day we took office we acted. We increased pensions to £10 and £16. We froze rents. We gave security to people who live in furnished tenancies. We repealed the divisive Industrial Relations Act and we replaced confrontation by conciliation. We restrained the rise in the cost of living by our subsidies on essential foods and price controls. We gave loans to the building societies to help house-buyers - who would otherwise have faced mortgage rates of 13%. We allocated more money to local councils to build or buy homes.

The Government have published plans for the public ownership of development land which will get rid of the major inflationary element in the cost of building; for public control and participation in North Sea oil; for greater accountability and the extension of public ownership in industry; for beginning the redistribution of wealth by new taxation on the better-off - while at the other end of the scale a million and a half people have been taken out of liability to any income tax. We have published radical and detailed proposals for pensions and for bringing help as of right to the disabled. New rights for women and our determination to implement equal pay have been announced. And we have begun in earnest the promised renegotiation of the Conservatives' disadvantageous terms of entry to the Common Market.

As at the last election, we are not making any promises which we cannot keep. We do not believe in electoral bribes - these are an insult to the intelligence and realism of the public. The priorities we set out here are part of a programme for a five year term of office. Much of what we want to do will take longer because of all the heavy spade-work which has to be done to create the economic strength on which all else depends.
Extract from the Labour Party manifesto for the general elections of October 1974

Finally, do have a good Christmas if you celebrate it, and a Happy new year