At the beginning, he got to know[1] the North of Yakutia[2] and Mirny, where he worked three years. In Mirny they had to open up a diamond mine which was under a dirty grey crust of ice. The land was a hopeless[3] tundra disfigured by piles of old sick coal, and prison camps, a wasteland bathed in nights which gave you frostbite,[4] lacerated, eleven months of the year, by blizzards strong enough[5] to cut your skull apart, and underneath it were, still sleeping, the scattered limbs and beautifully curved giant horns of furry rhinoceroses, woolly beluga whales and frozen[6] reindeer.[7] He would picture all this to himself in the evening, sat at the hotel bar in front of a glass of strong clear liquor, always the same scheming whore caressing him endlessly, while trying to talk him into a wedding in Europe in exchange for  loyal services ; but he never laid a hand on her, he never could : he would rather have nothing rather than screw this woman who did not desire him ; he stuck to his guns on that.

Anyway, these diamonds in Mirny,[8] they had to dig down to get at them, to break up the permafrost  using dynamite, then drill out a Dante-esque hole, as wide as the town itself – they could have thrown headfirst in the hole the fifty storey housing blocks  which were soon to grow up around there – then, with a head flashlight, they had to climb down into the orifice, attack the walls with a pick axe, dig out the soil, sort the underground galleries into a tree structure, going sideways far out into the hardest and darkest distant parts. Then they had to shore up the corridors and put down the rails, pass an electric current through the mud, burrow into the soil, scratch away at the loose stones and sieve through the entrails, searching for that splendid sparkle. That went on for three years.[9]

Once his contract had run out, he went back to France on a not very democratic Tupolev plane. His seat in Economy Class sagged dreadfully ; a coil[10] of metal wires threaded its way under the cloth of the chair back, breaking through it here and there leaving a wire which hurt your back.[11] He had a few more contracts then, and found himself as site manager in Dubai, having to raise[12][13] a luxury hotel out of the sand, a palace as vertical as an obelisque but as secular as a coconut tree, and having to work in glass this time, glass and steel, with lifts like bubbles sliding along gilded tubes, and marble from Carrare for the circular lobby in which a fountain gurgled out a sound of petrodollar luxury amidst polished green plants, animal-hide sofas and air-conditioning. 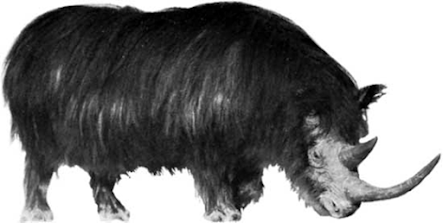 [1] Because of the preterite tense in French, one cannot translate as « knew » (= connaissait). It must be some verb or verb expression which can happen at a specific time.

[2] « North Yakutia »  is not good, sinc eit suggests it is the name of the country, like North Korea.

[5] The narrator says that the wind *could* cut into your skull. This is obviously hyperbole, so you must not use a structure which says that skulls were actually cut into.

[8] If you are interested in diamond mining, see here https://beyond4cs.com/faq/diamond-origins/how-they-are-mined/

[9] Sentences with verbs are vastly preferred in English.

[13] Someone suggested « conjure up » which is excellent.