John Mullen is inviting you to a scheduled Zoom meeting.

Sudden changes appeared in the journalist’s bachelor routine[1]. In the morning, he took a little more time to get himself ready. He looked at himself  in his bathroom mirror[2] with more care, with fresh eyes[3].

The tiny flat[4] he rented above a wool shop[5] was witness to[6] the physical transformation of its occupant. It saw Vincent clean shaven, with his hair neater and giving off the fragrance of an unknown perfume as he left for work. He was heard humming a tune[7], or seen unexpectedly smiling for no apparent reason.

Clothes which had been left in a pile[8] for several days found their way into the laundry basket. The beer bottles[9] scattered around disappeared, as if they had been only  a mirage, this last long year in which Vincent had asked noone at all into his one-bedroom[10] flat. The iron was once again pressed into service, as was the vacuum cleaner, wakened from its hibernation to swallow up the broken crisps and bits of tobacco long forgotten on the carpet.

At the agency, the new Vincent was continually watching Sandrine. Pretending to be typing[11] or  thinking up a catchy opening sentence[12] for the article he was working on, he gazed[13] in secret at this Deux ex Machina who had come down to solve his tragic[14] love life. That morning, watching her leave for the Wernst farm, he admitted to himself that he as yet did not know much about his workmate.[15] They had only had polite exchanges,  and swapped small talk[16]. He had not yet dared to ask her “come to my flat and we’ll kiss, then we’ll make love on clean, comfortable carpeting” which was what he fantasized about so often at night before falling asleep.

The little he knew about her could be summed up in a few sentences : she was from Paris, where it was hard to find a job as a journalist. She was an only child. She liked being alone. The wristband[17] she wore on her left arm was so that she would not forget (but  forget what ? She never really answered this question), and, sure, she might[18] agree to[19] have a drink with him one evening after work, once she had got properly settled in. 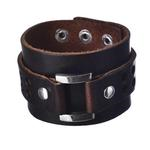 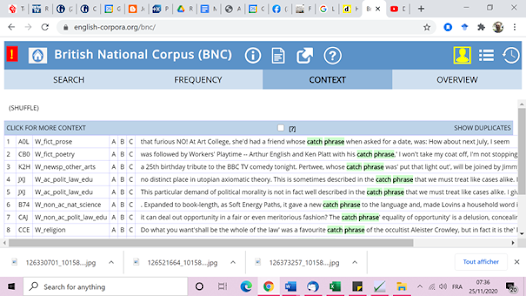 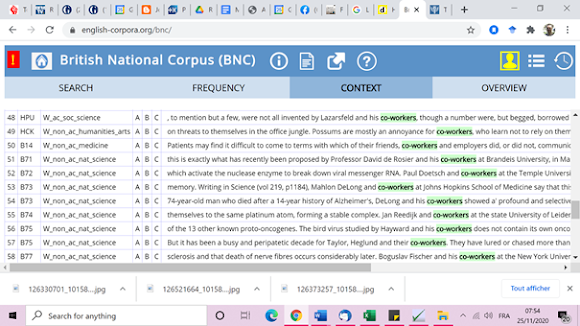 [1] What the author is saying here is not only that Vincent is single, but that there is something typical of a bachelor about his daily routine. This is why a translation such as “his daily routine as a single man” is an under-translation.

[3] Since a “look” can be either one’s appearance, or “un coup d’œil”, the word is best avoided here.

[5] I first thought of a haberdashery, then discovered online that In the United Kingdom, a haberdasher is a business or person who sells small articles for sewing, dressmaking and knitting, such as buttons, ribbons, and zips; in the United States, the term refers instead to a retailer who sells men's clothing, including suits, shirts, and neckties.

[9] If you write “bottles of beer”, this suggests they were full : here, they are empty.

[10] This is the way flats are normally described. A “one-bedroom flat” in a city will be a “deux-pièces”. We don’t count the living room.

[11] The story takes place in 1986, so people speeaking of typewriter are quite correct (even though we also use type for computer keyboard work – see here https://www.dummies.com/consumer-electronics/tablets/ipad/how-to-type-on-the-ipad-keyboard/ ).

[12] “Catch phrase” is not correct here. A “catch phrase”, also spelled “catchphrase” is a well-known expression associated with a particular character or group. In a very old British TV series, the policeman’s catchphrase was “Evening All”. A French catchphrase associated with the Post Office adverts was “Ce n’est pas marqué ‘La Poste’ “) . An old French catch phrase from the film La Guerre des Boutons is “Si j’aurais su, j’aurais pas v’nu!”, whereas Les Bronzés gave us the catchprase “Je n´aime pas dire du mal des gens mais effectivement elle est gentille.“ I have the impression that catch phrases are especially important in British culture, see here https://www.birminghammail.co.uk/news/uk-news/uks-50-favourite-catchphrases-number-17004420 . This is linked to the British taste for everyday humour and knowingness. So, though British people may occasionally quote Shakespeare, they do not begin “as Shakespeare said”, but leave the listener to understand (or not).

[13] I liked “beheld”. It has a biblical sound, but then we are about to mention Dei and deae.

[14] Note that his love life is a tragedy not a drama https://www.britannica.com/art/tragedy-literature/Theory-of-tragedy . Note also (for general use) that the French “drame” is not “drama” (“Ce n’est pas un drame” )

[15] “Co-worker” is a much more modern word, but I think it is acceptable here. “Colleague” might be a little formal for a small-time newspaper. University professors have colleagues, bus drivers and cashiers have workmates. Co-workers was originally management-speak , but may be spreading.

And here is chapter 16 on the following period

Finally, here is the short video about diversity in British period films

If you need a short summary to remind yourselves

AUNTIE BEEB: The Fascinating History of the BBC (anglotopia.net)

To get a clear idea of some of the aspects of women's progress in the UK in the last century or so, you could read some of the articles from this issue of the Revue française de civilisation britannique.

I wrote[1] my mother a letter[2] full of fake cheerfulness; I pretended to believe her and congratulated her, was so pleased[3] for her. She answered straightaway and asked me to come[4] to her home[5] in Marseille.[6] She said[7] nothing about my children, did not[8] ask about the health of any of them (she did not know about the baby which is on the way). I could tell it was my mother’s handwriting: the dots on the I s are outsized[9] circles, and every sentence contains several surprising mistakes, which are somehow original, all hers. She suggested I should come[10] to see her for Christmas Day, and practically ordered[11] me to do so,[12] saying that right after she was leaving to visit her husband’s family.[13] The word upset me terribly.[14] It absolutely could not fit my mother,[15] that plump[16] lady, her face entirely framed by the grey edge of her headscarf, with her hollow, yellow cheeks and her thick black plastic glasses. How could that rigid[17] and desperate woman who had never so much as pronounced the name of any man since my father left, that woman who was so withdrawn,[18] now be talking of her husband?[19] And of a child? I worked out[20] how old she was: she was forty seven. It might be possible, but it was not at all believable. And was it not somewhat rude[21] to ask me to come for Christmas, on my own, and say nothing of her grandchildren, as if all of a sudden she did not have any any more, or no longer acknowledged their existence.

Two days before Christmas, there I was on my way to Marseilles. We had arranged that my mother pick me up at Saint-Charles[22] station[23] and as I was waiting on the platform, tired, heavy and almost unable to move, thinking she must have forgotten we were to meet up, or that the whole story was so unlikely that it couldn’t end with my real mother actually turning up, I saw a smiling woman coming towards me who was wearing[24] my mother’s unsightly[25] glasses. A man was following behind her, and in the arms of this man[26] was a little girl.

[2] A « fake letter » sounds too much like an object which appeared to be a letter but was in fact something else. However, « phoney » is acceptable.

[4] I think it is slightly better to avoid the word « invite ». Being invited to your own mother’s home sounds a little odd.

[5] “Her home » and « her place » are different in register, but neither is impossible here.

[7] Far better to add a verb in translating into English, as often.

[8] This passage is in a fairly informal style, since we see such expressions as « me voilà en route », « presque le l’impose ». Is the style informal enough to allow use to use contractions in English ? I do not think so, but the point is debatable.

[9] Or over-large. Disproportionate does exist, but sounds over-technical.

[11] Not « forced » which suggests too much physical constraint.

[13] Someone tried « She was leaving for her husband’s relatives’ ». This is, strictly speaking, possible. (I am spending Christmas day at my wife's mother's) but difficult to follow here, and better avoided.

[16] “Chubby” is usually reserved for babies or children.

[17] Someone tried « adamant » but this adjective is usually used of a person in a specific situation, and not to speak of a general personality trait. « I tried to persuade the sales manager to delay the delivery, but he was adamant that the following week would be too late ».

[19] I chose to split the sentence in two. If you do not make this choice, it is best  to move the main verb upt towards the beginning of the sentence, or add a new additional verb.

[20] The problem is not complex enough to use a calculator, or to use the word « calculated ». A latinate word of this sort is bound to be more at home in scientific or technical discourse.

[21] “Out of order” is possible, but probably too slangy. “Out of place” is good. “Inappropriate” sounds too intellectual an objection.

[22] Strictly speaking, this needs a hyphen.

[23] No definite article here. « I will pick you up at Victoria Station » « What time do you arrive at Incheon airport ? ». Also « train station » is probably too much information.