An introduction to historiography : the First World War. Master’s seminar.

Black Britons in the 20th century

Television  has found different ways of talking about history. Of course there is the documentary, but this programme gives a more entertaining and yet explanatory approahc. A TV crew asked a Black British family from today to "travel back in time" and live the life of Black immigrants to Britain in the 1960s, the 1970s etc. (a week per decade).

Here is one of the episodes - there are others on Youtube

https://www.youtube.com/watch?v=G6RAhpUOu4w
This could be of interest to anyone, but this is patrt of popular culture - television. And it is also a way of presenting the past, in the present.
Publié par John Mullen à l'adresse 2:07 pm No comments:

For the time being, speaking of wonders[1], we had managed[2] to land without jolting on the grass of a planet which, just like ours, had oceans, mountains, forests, agriculture,[3] towns and, no doubt, inhabitants.

Yet[4] we must have been quite some way[5] from civilized lands, given[6] the vast[7] stretches of jungle we had passed over before touching down.

We finally came out of our dream. Clad[8] in our spacesuits, we cautiously opened the hatch[9] of the spaceship. There was no inrush[10] of air. The air pressure inside and outside were[11] balanced. The forest surrounded[12] the clearing like the walls of a fortress.  No noise or movement[13] broke the calm. The temperature was high but bearable, around 25 degrees Celsius.[14]

We stepped out of the launch along[15] with Hector. Professor Antell insisted on beginning by making a more thorough analysis of the atmosphere. The results were encouraging: the air had the same composition as that of the earth,[16] despite some differences in the proportions of the rare gases.[17] It should[18] be perfectly breathable. Still, to make doubly sure, we tried it out first on our chimpanzee.

Once he was rid of his suit, the monkey[19] seemed perfectly happy and suffering no ill-effects. He seemed exhilarated to find himself free and on solid ground. After skipping around[20] for a moment, he ran off[21] towards the forest, leapt onto a tree and carried on his acrobatics among the branches. He soon moved away and disappeared, despite our waving and shouting.[22]

After all this, we were able to talk more easily, having also taken off our spacesuits.[23] We were impressed by the sound of our own voices, as we timidly took a few steps, while staying close to the launch.

We had to be[24] on a twin sister planet of our own Earth. There was life. Indeed, the plant kingdom[25] was particularly vigorous. Some of the trees must be[26] more than a hundred feet tall. The animal kingdom soon came along,[27] in the form of large black birds, gliding across the sky like vultures, and other, smaller ones, fairly similar to our parrots, chasing each other and squawking.

From what we had seen before landing, we knew there was also civilization. Beings doted with reason – we dared not yet call them « men »[28] - had modelled the surface of the planet. Around us, though, the forest seemed to be uninhabited.

[1] Wonders in general, so no definite article.

[2] This structure with “manage to” is often over-used by French speakers. It implies difficulty, and is appropriate here.

[4] Note that “But” here is too informal and “though” is much too informal, at the beginning of a sentence.

[5] “Quite a long way away” is rather informal. Structures with « far » here are clumsy.

[6] There are many mistakes possible here. “According to” is wrong because it tends to mean “in the opinion of” (According to Margaret Thatcher, private enterprise was the most appropriate mechanism for organizing public services).

[7] “Widespread” is not correct – because it would refer to something which is widely *distributed* (the “widespread prejudice against heavy metal music”, for example).

[9] The original is problematic: did they really leave by the window (hublot, porthole?) I have preferred to “correct” the original, since they seem to have left by the place which was designed for them to leave by, whereas portholes in spacecraft are not designed to be opened ( https://en.wikipedia.org/wiki/Porthole#Spacecraft_portholes )

[10] “Movement” is fine, but why not show off our knowledge of less well-known vocabulary?

[11] I think that here one could use the singular or the plural. This is not unusual in English.

[12] You must not put an -ING here, which would make it sound like the process of surrounding was deliberate and in progress.

[13] Note that just a comma between the two nouns is not normal in English, unlike French. In English it is possible, but appears as very poetic.

[16] “As the earth’s” is less formal, but is acceptable here because the style of writing is not highly formal.

[17] Notice this is  *the* rare gases, not just rare gases. The rare gases, or noble gases are helium (He), neon (Ne),argon (Ar), krypton (Kr), xenon (Xe), and the radioactive radon (Rn). https://en.wikipedia.org/wiki/Noble_gas

[18] Note that « must have been » is not possible, because it suggests that subsequently, by a process of logical reasoning, we have concluded that the only reasonable explanation is that the air was breathable. Here, our conclusion is not based on speculation but on the test.

[19] Many people think that chimpanzees are not correctly described as monkeys. The debate goes on (see for example here https://paoloviscardi.com/2011/04/21/apes-are-monkeys-deal-with-it/ and here https://www.quora.com/What-are-the-differences-between-a-monkey-and-a-chimpanzee . In any case, for a 1963 text, the use of monkey here is quite appropriate.

[20] Many phrasal verbs with “around” refer to activities which have no specific direction or purpose. https://www.youtube.com/watch?v=MdmiCR-PqF8

[21] Phrasal verbs with “off” are often about separation (cut off the gas, just walk off etc). https://www.ecenglish.com/learnenglish/lessons/phrasal-verbs-off

[23] Wikipedia gives “space suit” as two words, but NASA gives it as just one word, “spacesuit”. I think NASA is more authoritative.

[24] I think this is the form which fits best, although “we must have been” is quite good. The idea here is of logical conclusion (the only logical conclusion is that we were on a twin planet). “Have to” can be used, in a similar way to “must” for logical conclusion. Translations which avoid any modal value are of course possible, but using more modals is what people who are good at English do.

The video of chapter one of my talks on « le passé dans le présent » is here :

And chapter two is here:

Here is the video of chapter one, which introduces the course and begins the presentation of the historical background.

News from the US supreme court

The first class seemed to go reasonably well, despite some technical hitches. You should have received a link to the audio and the slides.

If you have questions about the videos which will go up in October, or about the different posts on this blog (which will go up every few days), please send them by email to help me prepare the next live class.

The Queen and her tasks

The Queen may be losing one of her jobs 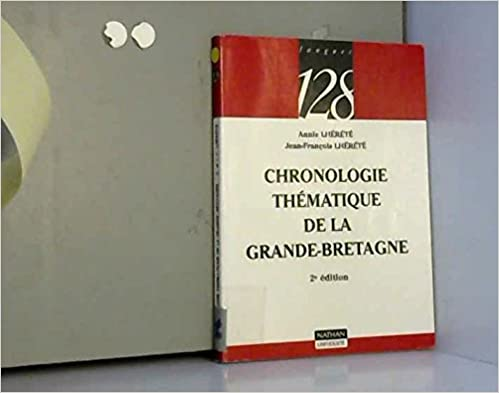 I do recommend this little book (which, second-hand, is also very cheap indeed). It is not a matter of learning hundred of dates, but, for example, if you are asked about democracy in 19th century Britain, the dates of the three Reform Acts and of the Chartist movement would be expected ...