You will find the booklet of passages to translate on this blog at the date of August 25 here is my suggested translation for this week's passage, with comments. Send me an email if you have questions.

When the heads of the soldiers[1] appeared on the edge of the esplanade, Silvère turned instinctively towards Miette. There she was, looking quite grown-up[2] , her face all pink, in the folds[3] of the red flag; she stood on her tiptoes[4] so as to be able[5] to see the troops; her nostrils quivered[6] as she waited nervously, and her white teeth, like those[7] of a young wolf,[8] could be seen between the red[9] of her lips.[10]

Silvère smiled at her. He had scarcely turned his head[11] when[12] a rifle volley rang out.[13] The soldiers, who could as yet only be seen from the shoulders up, had[14] fired their first shots.[15] He felt as though a powerful wind were[16] passing over his head as a shower of leaves, cut off by the bullets, fell from the elm[17] trees. A sharp noise, like the snapping of a dead branch,[18] made him look to his right. He saw a big lumberjack,[19] who had stood[20] a head higher than the others, lying on the ground[21] with a small black hole in the middle of his forehead.

So Silvère fired his rifle, not[22] aiming at anything, then reloaded and fired again.[23] He carried on[24]  like a man seized by fury, like a beast which thinks of nothing[25] as it hastens to kill.

He could[26] no longer even make out the soldiers; smoke[27] hovered[28] beneath the elm trees like strips[29] of grey muslin. The leaves continued to rain[30] down on the insurgents,[31] since the soldiers were firing too high. From time to time, amidst[32] the dreadful noise of the rifles, the young man heard a sigh, a muted gasp; and the small band moved aside as if to make room for the poor soul who was falling, clinging onto the shoulders of the men beside him. The firing went on for ten minutes.

Then, between two volleys,[33] a man cried out « Run for your lives! »[34] with an awful terrified tone. Groans were heard, men muttered[35] angrily « the cowards, oh they are such cowards! »[36]. Horrible[37] rumours were passed around: the general had fled, the cavalry were putting the infantry to the sword all across the Nores plain. And the shooting did not stop. They fired irregularly, flinging stripes of flame into the smoke. A rough voice shouted again that they should[38] stand and die there. But the panicked voice, the terrified voice[39] shouted ever louder “Run for your lives! Run for your lives!”

Some men ran away, throwing away their weapons and jumping over bodies. The others closed ranks. There were about ten insurgents left. Two more ran away – and among the remaining eight, three were[40] killed with a single volley.[41]

If you are in a Zola mood: https://www.youtube.com/watch?v=srScILWuBK0 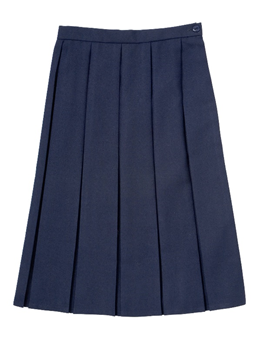 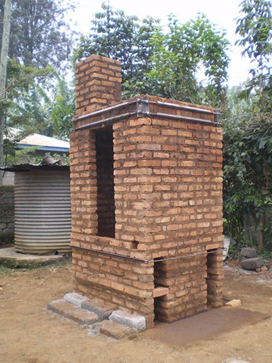 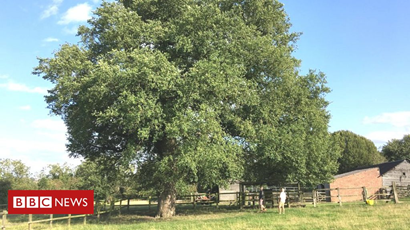 [1] This is more literary in style than “the soldiers’ heads”, so preferable here.

[2] The French term seems to be ambiguous: Miette looks older than her age, but also looks a figure of importance in this historical situation. I have not found a similarly ambiguous expression in English, so have had to choose. “She was looking great” (elle avait une super mine) is of course quite wrong.

[3] « Pleats » is not possible. You usually see pleats in (old-fashioned school) skirts. (Not to be confused with plaits in your hair). My dictionary says that a pleat is « a double or multiple fold in a garment or other item made of cloth, held by stitching the top or side ».

[4] One can also say “she stood on tiptoe”. Note that in other contexts one can use the verb “to tiptoe”, as in the song “Tiptoe through the tulips” https://www.youtube.com/watch?v=UZMHJX4b9bU

[8] You cannot say « wolf teeth », which would make her a werewolf, since it would mean that her teeth were really those of a real wolf. « Wolf’s teeth » is not a lot better.

[9] Note that one cannot say “redness” here. Redness is normally a temporary colour: the effects of a mosquito bite are itching and redness. Verify this by searching for redness in the British National Corpus (an invaluable resource for detailed distinctions in vocabulary) https://corpus.byu.edu/bnc/

[11] I think « He had not finished turning his head when » is quite acceptable.

[12] « That » is not correct here – it is directly from the French structure.

[13] « Shooting rang out » is fine, but note that « shooting » in most contexts is uncountable, so you must not write « a shooting ». This whole question of countable and uncountable is a little more complex than it appears – almost any word can *occasionally* be countable. So we all know that « milk » is uncountable, but one can imagine a grocer saying «  I decided to order fewer milks, because there are only two brands which sell well ». He did not order less milk, just fewer varieties of milk.

[14] It is not necessary to use “just” here, which underlines unnecessarily the fact that the event is very recent. Of course, generally “venir de faire quelque chose” translates as “have just done” but the two expressions are naturally not identical in meaning.

[15] Not « fired first » which would mean they fired before someone else. Perhpas they did, but that is not the sense here.

[16] This subjunctive is probably not absolutely obligatory, but is advisable. The BE + -ing is necessary.

[17] Note that although English has more capital letters than French, names of plant species do not take a capital.

[18] Not « a snapped dead branch ». Snapped branches never make a noise, their noise is finished. Also, you cannot use here a structure with « the one » - see above.

[19] We have three words – woodcutter, lumberjack and logger – which are generally in order of increasing industriality. (A logger uses enormous machine tools, a lumberjack uses an axe and a saw on big trees, and a woodcutter uses an axe on small trees, perhaps for collecting firewood). “Logger” is not too good here.

[20] This situation is definitively over, so the HAVE +EN aspect is essential.

[22] I have preferred to avoid ”without” here. It is a small nuance, but “without” in English is “heavier” than “sans” in French. If you look very carefully at this linguee page, you will see the nuance, I think. http://www.linguee.fr/francais-anglais/traduction/sans.html

[23] The French sentence begins with « Et », but in English literary style, we avoid beginning sentences with « and ».

[24] There is no verb in the French sentence. Very, very frequently, in these cases, you must add a verb when translating into English. (Although not always, as this writer emphasizes: http://palimpsestes.revues.org/1518?lang=en

[25] “Thoughtless” is, not acceptable, it is too light: it is, approximately, the opposite of “attentionné”.

[26] This modal is obligatory – verb of perception.

[27] « Smoke » is uncountable. Note that « fumes » is not posisble – fumes are generally invisible (and typically come from car engines or chemical works).

[28] Many students were tempted by a form with BE + ING

[30] Some students were tempted by “kept raining down”. The difficulty here is that “keep doing” is a structure which tends to imply deliberate persistence, whereas the leaves were not raining down on purpose. Note the difference between “My boyfriend continues to call me every morning” and “My boyfriend keeps calling me every morning”. the second clearly suggests annoyance.

[31] Note that you must either introduce a conjunction or use a colon or semi-colon : a simple comma between two conjugated clauses is not allowed.

[32] My impression is that you cannot use « among ». In another context «  One tree among many » is correct, becaus eit is a matter of one individual tree in a group of the same type of object – trees. Howevere, «One tree among the forest » is not possible, which is comparable to the present case.

[33] Not « between two firings ». In this sense, « firing » is uncountable (except in technical jargon). The only « everyday » sense of « between two firings » which comes to mind is when talking about making ceramics, when you have put the pot in the kiln once, and it must now wait or be glazed before going into the kiln a second time.

[34] I think I accepted « Run for your life ! » but I should not have done. If you have one each, in English, it is a plural (I know that this is not always the case in French). I saw a recent newspaper article in Le Progrès about the market in wine. The headline was « « Les Anglais achètent du vin quand ils sont bien dans leur tête » . Hard to translate into English, but the grammar is unequivocal : « British people buy wine when everything is going well in their heads ».

[35] Do not use the word « sentences », which is practically a semi-technical linguistics word. « On a échange quelques phrases » - « we exchanged a few words »

[36] Much better to add the verb, as is almost always the case in English.

[38] Note that this voice is speaking of the moral duty of the insurgents (this is how I read this). So, a structure with “had to” is impossible since it would refer to an obligation imposed on them from outside.

[39] “The voice of terror” may be problematic here, because it would equally well translate « la voix de la terreur ».